For Europe to remain powerful in a changing geopolitical landscape, it is necessary to maintain its hegemony in the financing of technological advances. Creating a vision is not enough. To fuel growth, we need both the passion of politicians and practical ways to fill a funding gap for the next generation of businesses.

Klaus Hommels builds his vision of the future of Europe on the patterns of the past, particularly in Germany.

“80% of Germany’s current GDP is due to companies in the Mittelstand,” he says, referring to the medium-sized companies that have made Germany rich. “But none of the companies that will be the Mittelstand in 15 to 20 years can now be financed by German banks. From 1950 to 1970, 4% of annual GDP was spent on funding these businesses, or about $28.5 billion, but that translates into today’s purchasing power of $114 billion a year.

Bank financing of German growth relative to GDP had declined since the 1950s anyway, from 4% to around 1%, which means, Hommels says, “the entire burden of wealth creation rests entirely on risk”.

Building the future will require $6.8 trillion to $9.6 trillion in value creation by new growing companies over the next 20 years. What is therefore needed is “a radical change in the financing of our ecosystem” to recover the 4% investment per year. Advance venture financing and there is no more powerful example of the impact it can have than in the United States. “Venture transformed the entire American industry,” Hommels says. “Now about 70% of the capitalization of the biggest companies originates in technology companies.”

This is partly due to a new level of aggressiveness in US investment in technology companies. “In the United States, $5,000 per capita is invested in companies; in Germany it’s $600. We make $2,000 on that $600 in Germany, while the United States makes $26,600 on their investments,” he says. 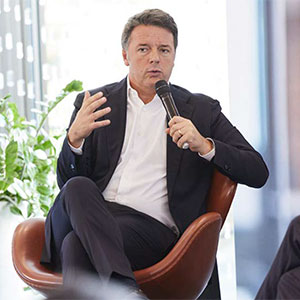 “There’s hardly any downside to investing in this asset class, so they’re doing it on a massive scale,” Hommels adds. He points out that banks like Goldman Sachs are investing in companies like General Catalyst and Thrive Technologies to accelerate their development. It’s no wonder, then, that US banks can now wield enormous influence. “Around 2009, the market capitalizations of JPMorgan and Deutsche were roughly at the same level. Today, Deutsche is around $25 billion while JPMorgan is $500 billion,” Hommels says.

Another result of this surge in investment is that venture capital firms are becoming “productized” with a variety of products offering solutions – such as SPACs or secondary funds – to companies at their various stages, whether they are in the start-up or growth phase. This is where the United States overtakes Europe, he warns.

“Venture capital firms will continue to innovate and it will change the world for us,” he adds. “It is the industry that must solve the problem of financial innovation.”

But can Europe achieve this? Matteo Renzi, Italy’s former prime minister, is optimistic, saying Germany will play a key role in realizing its potential in Europe. Unsurprisingly, he sees the future of Europe through a political lens. 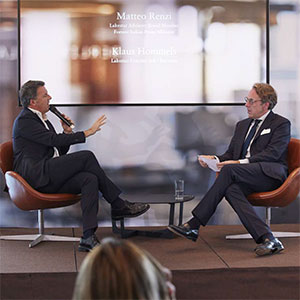 He fears that Europe will be excluded from any sphere of influence, while the United States and China are engaged in increasing competition with each other. “China will continue to grow, in terms of geopolitics, as well as in terms of the economy,” he said. In particular, “After the tragedy in Afghanistan, I see the defeat of the United States and the victory of China and Russia as a potential problem for Europe”.

Hommels, however, is somewhat optimistic about this scenario. “Diamonds are said to be made under pressure and I think we can assume that there is currently pressure from the situation between China and the United States. But to turn Europe into a diamond, we need of three things. First, I want to see passionate politicians: we need passionate leaders because we cannot live as we did before in a state of no purpose. Second, we need to identify the core technologies to ensure that we we have technical and digital sovereignty for Europe, and thirdly, we must team up on these decisive technologies.

The issue of passion in politics is close to Renzi’s heart, but he goes further, saying, “We need passionate politicians who have a vision for the future. He appeals to his fellow politicians across Europe, saying: “We need a vision. We need a strategy. I believe the big thing is to believe in European sovereignty, European leadership and a European role.

While technology and finance have important roles to play in European sovereignty, he says: “We are not just numbers. People in the world of tomorrow will need big emotions, not just big data. For this, he wants Europe to draw on its creativity, “Not only in automation and robotics, but we also need to create cultural values. Europe could play a major role in the next few years if we had cultural leaders, not just political leaders.

“If we are able to build a Europe of business, of start-ups, of dreamers, Europe could be the protagonist,” says Renzi. “But if we remain a place of bureaucracy and bureaucracy, we will stagnate.

“I am optimistic despite global tensions because Europe can still create surprise. And Lakestar is a place that creates value and surprise.

This article was published in December 2021 in the Lakestar Briefing. For more information on Lakestar, please visit lakestar.com Where funding-gap-europeen.com.