Switzerland is known to be an important financial hub. What is less in the spotlight is its much larger commodities sector.

Although the country is far from all global trade routes and without access to the sea, without former colonial territories and without important raw materials, it is one of the most important trading centers of raw materials in the world. Oliver Classen, head of media at the Swiss NGO Public Eye, says that “this sector accounts for a much larger share of GDP in Switzerland than tourism or the mechanical industry”.

Out of sight, huge profits are made in this sector. According to a 2018 Swiss government report, the volume of trade reaches nearly $1 trillion ($903.8 billion). The five largest companies in Switzerland in terms of annual turnover are not banks or pharmaceutical companies but commodity traders. Most of the 900 companies trading commodities are based in Geneva, Zug or Lugano.

Glencore is a Swiss commodity giant

About a third of the oil marketed in the world is bought and sold in Geneva.

Two-thirds of the trade in base metals such as zinc, copper and aluminum is carried out in Switzerland, as are two-thirds of the grain trade. Russia also benefits. Some 80% of Russian raw materials pass through Switzerland, according to a report from the Swiss Embassy in Moscow. Russian oil and gas circulate largely thanks to agreements signed on Swiss desks.

Gas and oil exports are Russian President Vladimir Putin’s main source of income. They represent 30 to 40% of the Russian budget. In 2021, Russian state companies earned around $180 billion (€163 billion) from oil exports alone. This is money that is now being used to finance the war in Ukraine.

At a recent anti-war protest in the Swiss capital, Bern, Angela Mattli, co-chief executive of Public Eye, said Swiss commodity traders continue to turn a blind eye to what the Russian state is doing with This money. She lamented that it was all “completely legal under Swiss law, which had huge loopholes for commodity traders.”

There was also criticism from politicians: “Switzerland must turn off the tap on the Russian war chest,” Cédric Wermuth of the Swiss Social Democratic Party told public radio. He said Switzerland has effective leverage – commodity trading and the assets of wealthy Russians. So far, the sanctions imposed by the EU and the United States do not concern the trade in raw materials, even though the United States has declared that it no longer wants to import Russian oil. 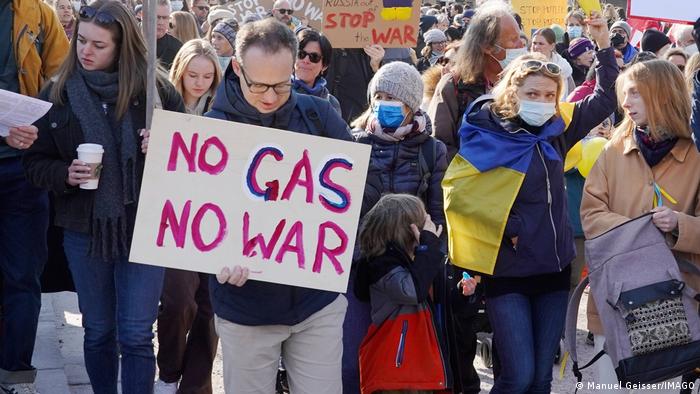 Due to its historical status of neutrality, Switzerland does not impose its own sanctions. Through its embargo law, it can only enact sanctions that have been ordered by others, for example, major trading partners or the UN Security Council.

And so far, Switzerland has managed its golden calf, commodity trading, with kid gloves.

Commodities are often traded directly between governments and through commodity exchanges. However, they can also be exchanged freely and Swiss companies have specialized in direct sales. An important reason is that in Switzerland there is certainly enough of the most important raw material for commodity trading – capital.

Depending on the current price of crude oil, a tanker load can cost $100 million, an amount that most companies don’t have on hand. Some instruments for managing these cases have been developed in Switzerland.

In commodity transactions, letters of credit or L/C are often used. A bank will grant a loan to a merchant and will receive as collateral a document making him the owner of the goods. As soon as the buyer pays the bank, the document and therefore the ownership of the goods are transferred to him. The system gives traders more line of credit without the need to check their creditworthiness, and the bank has the value of the merchandise as collateral.

This is an example of transit trade, where only money passes through Switzerland. The raw materials generally do not touch Swiss soil but go directly from the country of origin to the country of destination. Thus, no details about the magnitude of the transaction land on the Swiss customs office. The Swiss National Bank publishes some details but no precise information on commodity flows. What is clear is that not everything is clear.

“The whole commodity trade is under-registered and under-regulated,” said Elisabeth Bürgi Bonanomi, lecturer in law and sustainability at the University of Bern. “You have to dig to collect data and not all information is available.”

Who buys what from whom and at what price remains in the dark. The owners of unlisted commodity trading companies in Switzerland are mostly unknown. Apart from Glencore, which is a public company, they are all privately owned. “There are quite a few companies that fly under the radar of the authorities and whose real beneficiaries are not known because, for example, they are managed in opaque offshore holding companies,” Classen said. This provides a good investment opportunity for Russian oligarchs.

The lack of regulation is very attractive to commodity traders, especially because many commodities are mined in undemocratic countries. “Unlike the financial market, where there are rules to combat money laundering and illegal or illegitimate financial flows, and a financial market supervisory authority, there is currently no such thing for commodity trading “said David Mühlemann, financial and legal expert at Public Eye. German broadcaster ARD.

“Commodity trading must be regulated,” he said. “There needs to be transparency of payments from traders to governments, especially to autocratic regimes that divert those funds into their own pockets, or even fund wars. And that’s not just about Russia.”

Public Eye’s Oliver Classen explained that some commodity traders have become lenders to entire countries. Glencore, for example, had given more than $1 billion to Chad in the form of credit in exchange for access to the country’s crude oil reserves. 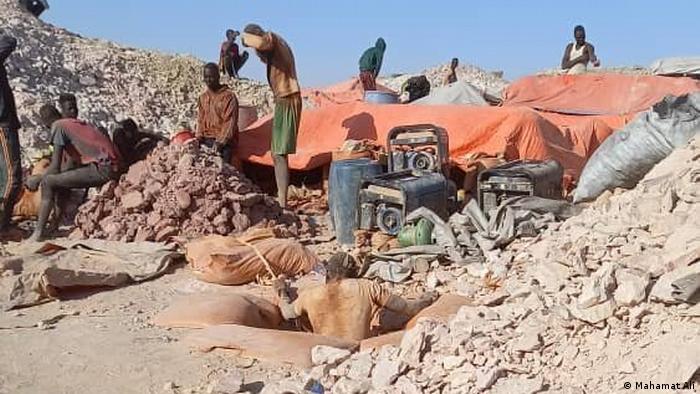 The government relies on the banks to control itself

Even though the Swiss Federal Council acknowledges the problem, it continues to rely on indirect surveillance of commodity traders by the banks themselves, according to Amnesty International. These, however, are not obligated to care about how their customers do business and where their money goes, Amnesty says. “This seems sufficient for the government. In its eyes, there is no need for a law on raw materials or a special control body”, estimates the international NGO for the defense of human rights. .

For years, the Swiss NGO Public Eye has been calling for a supervisory body for the commodities sector on the model of that of the financial market.

A proposal by the Swiss Green Party along these lines failed in parliament in 2015. The Greens now intend to make another such proposal.

But Thomas Mattern of the SVP spoke out against such a move, insisting that Switzerland should retain its neutrality; “We don’t need even more regulation, and not in the commodities sector either.”

This article has been translated from German.