Northwestern Mutual Wealth Management Co. increased its stake in the shares of iShares Europe ETF (NYSEARCA:IEV – Get a rating) by 16.1% in the first quarter, according to the company in its most recent filing with the Securities and Exchange Commission (SEC). The fund held 15,123 shares of the company after acquiring an additional 2,094 shares during the period. Northwestern Mutual Wealth Management Co.’s holdings in iShares Europe ETF were worth $760,000 when it last filed with the SEC. 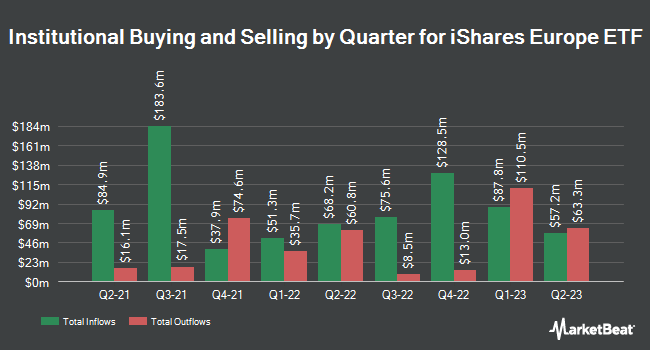