Equal Pay Day: Why Europe is still struggling with the gender pay gap | Business | Economic and financial news from a German perspective | DW

Over the past year, the world has witnessed a series of worsening crises, including natural disasters due to climate change, violent conflict and large-scale displacement, in addition to an ongoing global pandemic.

COVID-19 has already put a spotlight on gender parity, and academics are now calling for the need to study the impact of Europe’s ongoing energy crisis on the gender pay gap. women.

What is the pay gap between men and women?

The so-called gender pay gap is the difference in average gross pay between men and women. It is often based on wages paid directly to employees before income tax and social security contributions.

According to the World Economic Forum’s (WEF) Global Gender Gap Report 2022, it will take 132 years to achieve full parity and close the gender gap. While Europe has the second highest level of gender parity in the world, the report estimates that the region still has at least 60 years to achieve parity.

What are the causes of the gender pay gap?

Studies have shown that over the years, more men tend to be employed in higher paying jobs like construction and mining that require substantial risk, or in the finance and insurance sectors.

For starters, fewer women work than men. Women work more hours per week than men, but they spend more hours in unpaid work, a fact that could also be influenced by their career choices.

Women, who are disproportionately burdened with being the primary caregivers of children, tend to choose jobs that offer flexible or shorter working hours. This has led to an unequal burden for women to take career breaks to facilitate motherhood and childcare.

Why is it important?

A disparity in pay translates into a series of problems for women. The direct consequences include more limited access to health care, social assistance, education and financial security, especially among older people.

Compounding the problem are other effects: uneven career paths, gaps in financial literacy, and a significant gap in access to wealth-building resources and wealth accumulated over lifetime.

It also means that fewer women are moving into leadership positions. Less than 8% of the largest companies in the world have female CEOs.

In addition, more women are working in low-wage jobs in domestic, temporary, or part-time jobs, making them ineligible for many state or company benefits. For example, during the pandemic, many women in Europe were unable to access government-funded income support because protection schemes were often not available in the sectors of their work. 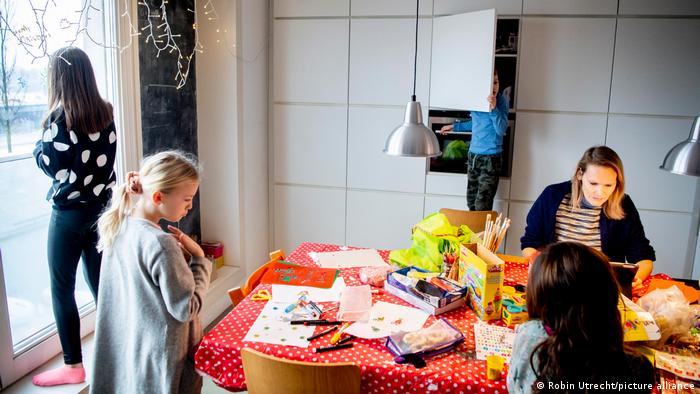 The COVID-19 pandemic would have reversed progress on gender equality

Are the figures for the pay gap between men and women representative of reality?

Economists believe that the pay gap is a good starting point for understanding the extent of gender disparity in an economy. However, this is not a good measure of the cumulative pay gap over an extended period, said Eric Thode, director of sustainable social market economies at the German nonprofit Bertelsmann Foundation.

Due to relatively longer career breaks and part-time or short-term jobs during their working lives, “women tend to earn significantly less than men,” he told DW . “If you take into account what women lose on these breaks, during part-time work, and if you look at the overall economic life cycle, women [in Germany] earn 40% less than men combined.”

He explained that if women took no breaks for maternity or childcare, the cumulative gender pay gap across the life cycle would be “comparable to the hourly wage gap often used by International organisations”.

How do we approach the problem?

Better and equal access to education, employment and retirement is a necessary first step in closing the gender pay gap.

Also, reducing the burden of unpaid care work on women could increase women’s wages as they would have more time for paid work. A 2010 Swedish study showed that for every month of parental leave used by fathers, the mother’s salary increased by 7%.

In addition, a key strategy proposed by the European Parliament is to enforce rules that oblige employers to make wages transparent. In April this year, Parliament voted in favor of requiring EU companies with at least 50 employees to disclose information allowing colleagues to more easily compare salaries and expose any existing pay gaps. gender in their organization.

Regulations like these have been successful in countries like Iceland, which has closed 90% of the gender pay gap. While improving women’s pay can be a bitter pill for businesses to swallow, it could eventually have both social and economic benefits.

The UK works longer hours than most European countries