Digital inequalities in Europe are underpinned by gaps in children’s access, interest and trust

Recent research on digital inequalities has primarily focused on differences in internet use and digital skills, while indirectly assuming that inequalities in access to devices and internet connection have been largely overcome. Yet the coronavirus pandemic showed a different reality when images of children sitting outside fast food outlets trying to log on so they could do their homework went viral on social media. It has quickly become clear that not all children in Europe are equally able to take advantage of online opportunities, raising concerns about the consequences of digital deprivation on children’s education, social connections and childcare activities. Hobbies. In this article, originally published on www.parenting.digital, Sara Ayllón discusses her recent work on digital inequality in Europe and the role of multiple disadvantages on children’s prospects.

Using data from the EU Statistical Survey on Income and Living Conditions (EU-SILC), the DigiGen project explored the extent to which European children and young people may be digitally deprived. We consider children and young people to be “digitally deprived” if they live in a household that cannot afford a computer and/or an internet connection.

We found that 5.4% of school-aged children in Europe are digitally deprived, with substantial differences between countries (see Figure 1). The percentages of numerically disadvantaged children are relatively low in the UK, Northern and Central Europe and the Baltic countries, but much higher in the Mediterranean countries and particularly in Eastern Europe. 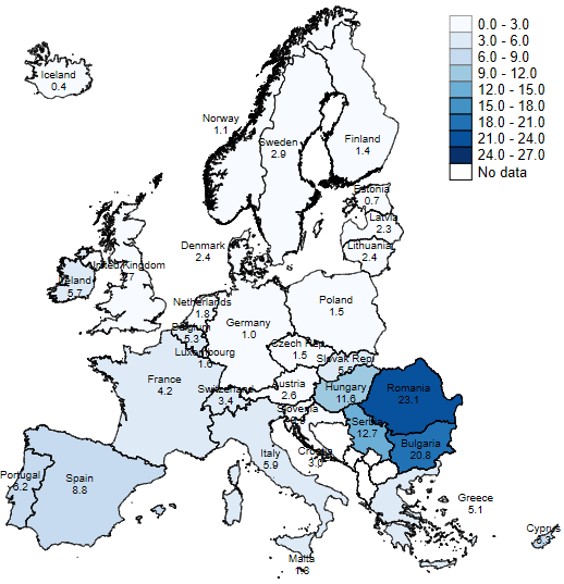 Access to a device and internet connection is a prerequisite for children’s participation in the digital world, but the differences don’t end there. Children’s interest in digital technologies and confidence in their digital skills are also of great importance, especially since the use of digital devices is an important part of learning.

In the DigiGen project, we also explored the extent to which European children were interested in new technologies and felt confident in using them. We used data from the 2018 wave of the OECD’s Program for International Student Assessment (PISA) survey to investigate the role of lack of interest (or disengagement) and lack of trust. In particular, we relied on data from the 2018 “ICT Familiarity Questionnaire” which measured children’s attitudes towards digital media and devices. Only children with access to digital technologies at home or at school were included.

Students’ interest in ICT was measured by responses to the following six statements: 1) “I forget the time when I use digital devices”, 2) “The Internet is an excellent resource for obtaining information that interests me (e.g. news, sports, dictionary)”, 3) “It is very useful to have social networks on the Internet”, 4) “I am really happy to discover new digital devices or applications”, 5) “I feel really bad if I don’t have an internet connection is possible”, and 6) “I like using digital devices”. Responses were on a 4-point Likert scale, scored from 1 to 4, and were summarized in an overall ICT interest score. A score of 12 or less is considered “numerical disengagement”.

Across Europe, 5.7% of children are digitally disengaged (see Figure 2, left). However, the figures differ considerably from country to country: while in Belgium (3.5%), France (4.8%), Germany (3.9%) and Spain (5. 2%) the percentages of digitally disengaged children are the lowest, in Eastern Europe digital disengagement is relatively high, with 17.3% of children in Bulgaria and 15.2% in Albania being digitally disengaged. In addition, 8% of European children lack self-confidence (see figure 2, right). Again, Bulgaria (16.8%) and Albania (14%) have the highest proportion of children who are not comfortable with digital devices. The proportion of children with low computer confidence is high in most of Eastern Europe and relatively low in Central and Northern Europe, with the exception of Finland (11.1% ), Austria (12.2%) and Iceland (12.7%). 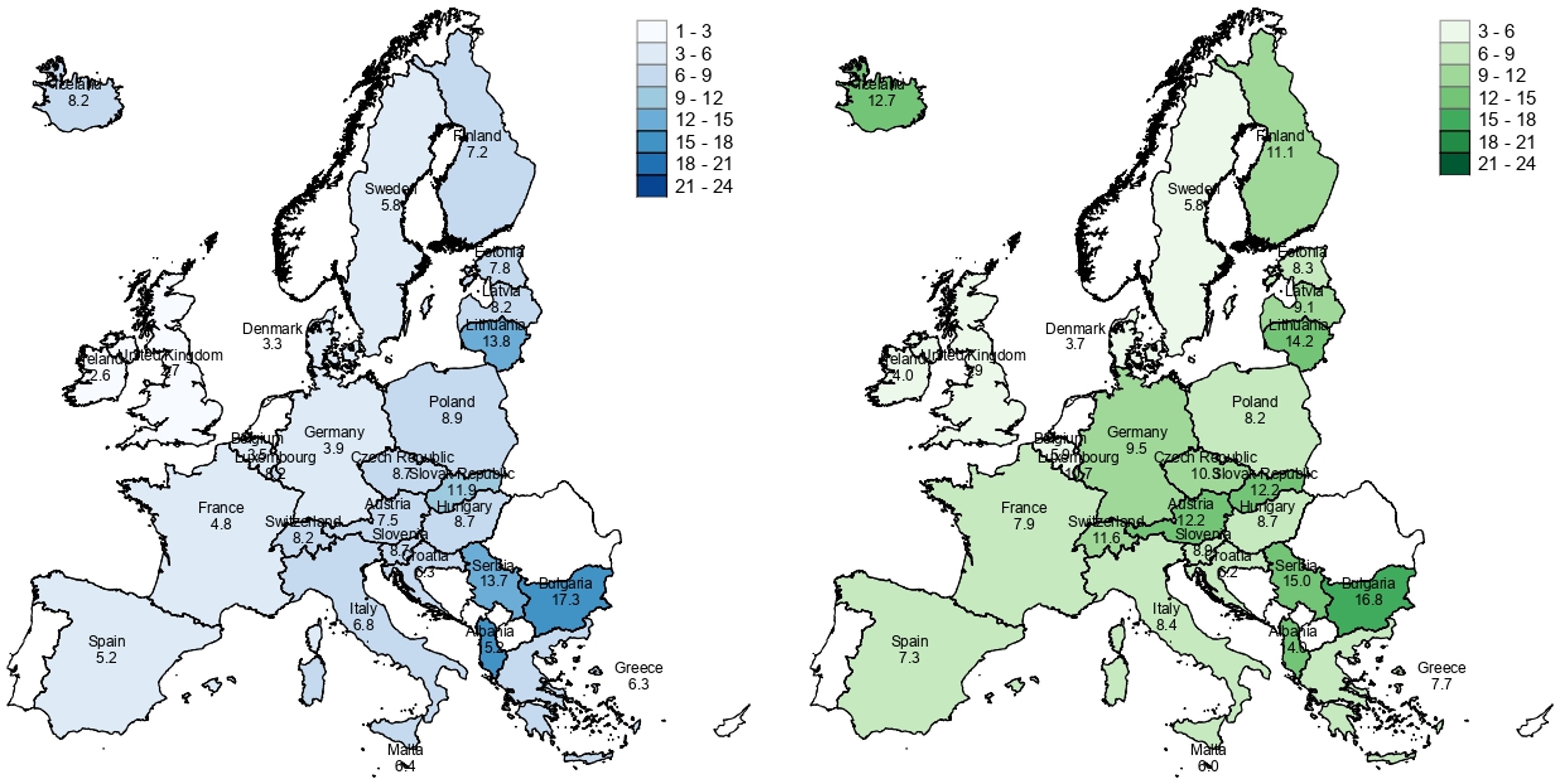 Despite the disparities between countries, we find that grade repetition and below-average household goods (i.e. material deprivation) are the main determinants of digital disengagement and lack of trust.

The results indicate great heterogeneity across Europe, both in terms of lack of access and lack of interest and trust. Importantly, across European countries, the figures for lack of trust and lack of interest vary similarly to the results for digital deprivation. This indicates that inequalities of different kinds are strongly interconnected, creating multiple disadvantages for disadvantaged children. Policy initiatives in Europe should seek to strengthen children’s digital skills by simultaneously ensuring access and skills, two essential pillars of the current education system.

This post was first published on www.parenting.digital, and is republished with thanks. This article represents the opinions of the authors and not the position of the Parenting for a Digital Future blog, nor of the Media@LSE blog, nor of the London School of Economics and Political Science.

The featured image: Photo by Annie Spratt on Unsplash