Did you know that the bravest woman in Europe was Hungarian?

Ilona Zrínyi (1643-1703) for years defended Munkács Castle (Munkacheve, now Ukraine) against the Habsburg army to protect her son, the future Prince Francis Rákóczi II (1676-1735). She did not surrender even though she was pregnant during the fight. Later, his eldest living son, Francis Rákóczi, led a successful freedom struggle against the Habsburgs between 1703 and 1711.

Hungarian history is full of strong women who were not only brave but also showed leadership when the time was right. There is, for example, Hedvig (Jadviga), the youngest daughter of Lajos the Great (1342-1382), whose marriage to Władysław II Jagiełło made Poland a great power in Europe. Or there was Margit Slachta in the 20th century, who valiantly resisted both the Nazi and Communist dictatorship emerging in Hungary. Without a shadow of a doubt, Ilona Zrínyi was one of those strong women.

She could even successfully resist the Habsburg army with a baby in her womb to protect her family and her people.

According to femina.hu, Ilona was cultured and spoke Croatian, Hungarian, Italian, French, Latin and German. She was born in 1643 in Croatia to Péter Zrínyi, the ban (viceroy) of Croatia. Interestingly, the family language was Croatian. She mastered the Hungarian language from the books of her uncle, Count Miklós Zrínyi (1620-1664). According to surviving documents, she was slim, tall, and pretty. Many said that despite her femininity, she possessed the bravery of a man. Femina says she was expert in fishing, sword fighting and falconry. Additionally, she was skilled in herbs and medicines.

Ilona Zrínyi lived during the time of three Hungarian kingdoms. The Kingdom of Hungary was in the hands of the Habsburg dynasty, while the central regions with Buda belonged to the Ottoman Empire. The Principality of Transylvania was formally independent, but in practice it had to pay taxes in Istanbul. The rulers of Hungary realized during the long 16th century that the Habsburgs could never command enough troops in Hungary to defeat the Ottomans. The opposite was also true. The Ottoman Empire reached its peak in the 16th century and a slow decline began in the 17th. Thereby,

Hungary became a battleground between the two great powers.

The leaders of Hungary realized there would be a chance, but they could not expect help from Vienna.

Therefore, covert operations began between the noble families to create an independent Hungarian army that could defeat both the Ottomans and the Habsburgs and secure the long-lost Hungarian freedom. However, the plans have been revealed. It is probably for this reason that Miklós Zrínyi must have died in 1664. Officially, a boar murdered him during a hunt, but people already doubted this story in the 17th century. 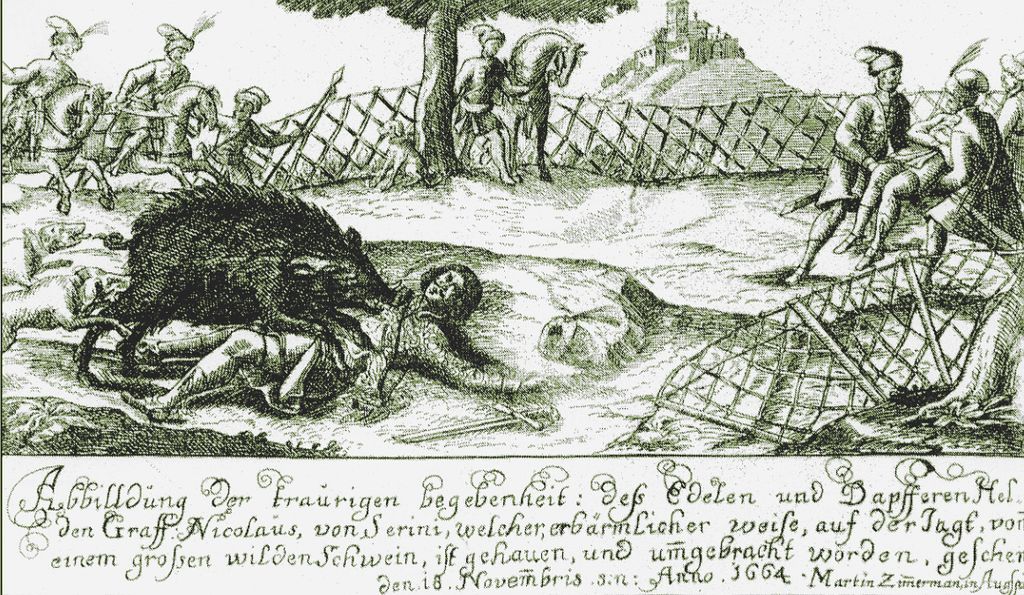 Death of Miklos Zrinyi. Many were already wondering about the origin of the attack of wild boars in the 17th century. Photo: Wikipedia

However, the plan survived, so Ilona’s hand was promised to Prince of Transylvania Francis Rákóczi I. As a result, the two largest families in the Kingdom of Hungary and Transylvania united their incredible wealth and influence. They chose Sárospatak for their new seat after their marriage in 1666. Her husband took part in the Wesselényi conspiracy in 1670-71. Therefore, her stepmother paid a fortune to save her head.

His uncle, Péter Zrínyi, was not so lucky. He was executed in April and with him the Zrínyi family died.

Ilona’s eldest son lived only a few days, but in 1672 Julianna and then, in 1676, Francis were born, the year her husband died suddenly. She acted quickly. Ilona took command of the Rákóczi forts and took control of the family estates. Also, instead of moving to Vienna, she brought her children to Munkács. To make matters worse, she began exchanging letters with Imre Thököly in 1679. Thököly was the new leader of the anti-Habsburg Hungarian freedom-fighting movement. They first met in 1680, and it was love at first sight. They received approvals for marriage in 1682. They had three children, but all died in infancy.

When Thököly had to choose sides between the Ottomans and the Habsburgs, he joined the former. However, the Ottoman army was defeated under Vienna in 1683, marking the start of the slow reconquest of Hungary. The Ottomans suffered defeat after defeat. They retook Buda in 1686 and the Habsburg army successively occupied the forts of Rákóczi, Thököly and Zrínyi.

Only Munkács remained. However, Ilona waited for her husband’s troops for years and did not cede the fief to Eugenio Caprara. 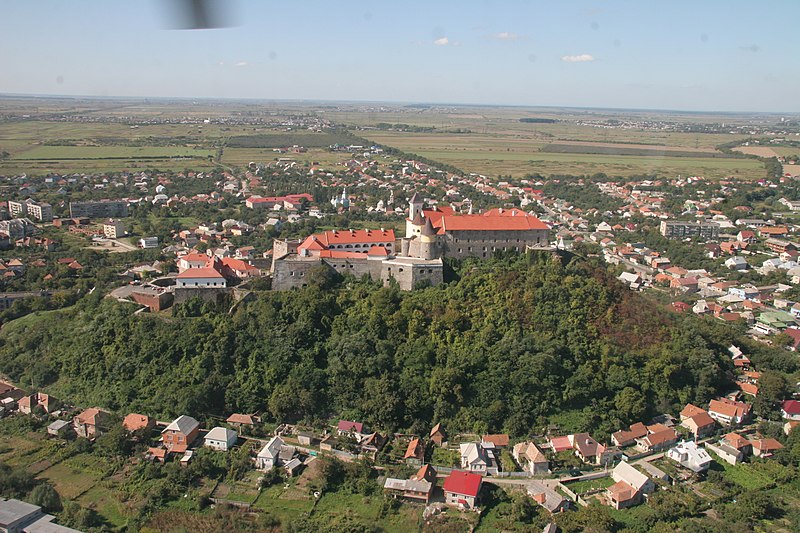 She was pregnant during the siege, her name became famous throughout Europe. People called her the bravest woman in Europe. She held the fort for two years and was not delivered until January 1688 for treason. She was taken to a cloister and later exchanged for a Habsburg general captured by Imre Thököly in Transylvania in 1690. However,

she would never be able to see her children again. She died in Anatolia after Ottoman troops suffered their final and decisive defeat in 1697 near Zenta (now Serbia). She died in the “Valley of Flowers”, as she called it, in 1703 at the age of 60. Her skull rests in the Cathedral of Saint Elisabeth of Kassa (Slovakia), where she was buried in 1906.